New research reveals that a dangerous cornerstone of American nutrition in the 20th century was funded by the sugar industry.

The sugar industry worked with scientists in the 1950s and 1960s to minimize the role of sucrose in coronary heart disease and other nutritional risks, according to an article by UC San Francisco researchers published in JAMA Internal Medicine Monday.

In other words, the decision to distinguish between fat and cholesterol as the biggest problems in the American diet was a coordinated effort by the professional association, the Sugar Research Foundation, to increase the consumption of sucrose.

The gist of the new research is a 1965 article that played a major role in the adoption of a low-fat diet as the nutritional standard in the United States.

The Sugar Research Foundation paid the modern equivalent of US $ 50,000 to fund the project, which argued that cholesterol – not sucrose – was the only relevant factor in the study and prevention of coronary heart disease.

Sugar has become a staple of the American diet, even in unlikely foods like Subway sandwiches. Credit: Hollis Johnson

However, this funding was not disclosed when the literature review was published in 1967, despite the fact that the sugar industry set the review objective, wrote articles and read drafts prior to publication.

“The literature review has helped shape not only public opinion on the causes of heart problems, but also the scientific community’s view on how to assess dietary risk factors for heart disease,” said lead author Cristin Kearns said in a statement.

Last year, it was revealed that the Sugar Research Foundation also downplays the role of sugar in preventing cavities and tooth decay.

As the low fat diet trend took hold in the United States, the sugar industry flourished. Food manufacturers began to replace fat with sugar, which is exactly what the industry wanted.

“This change would mean an increase in per capita sugar consumption of more than a third with considerable improvement in general health,” said Sugar Research Foundation president Henry Hass in 1954, addressing nutritional research that could encourage Americans to eat less fat. 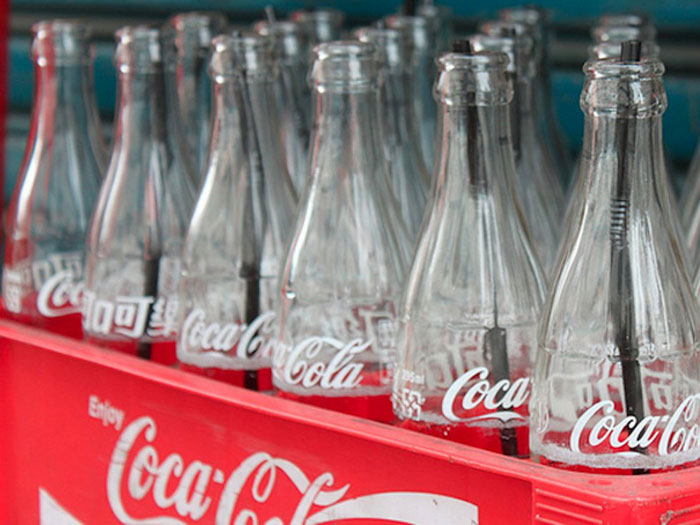 Coca-Cola has also been accused of funding research that downplays the role of sugary drinks in the modern obesity crisis. Credit: Maya83 / Flickr

However, the research that condemned fat while ignoring the role of sugar is now widely viewed as flawed.

Americans consume 30 percent more sugar per day now than they did three decades ago, according to the Obesity Society. American children eat three times more added sugar than they should.

While the article investigated the influence of the sugar industry on nutritional research in the 1950s and 1960s, concern that food manufacturers still play an oversized role in scientific research remains today.

“We have to ask ourselves how many lives and dollars could have been saved, and how different the current health situation would be if the industry did not manipulate science in this way,” said Jim Krieger, executive director of Health Food America, in a statement. commentary on the paper.

“It’s only 50 years later that we awaken to the true harms of sugar. Yet the industry continues to use its time-honored tactics to cast doubt on valid science it deems detrimental to its results and hijack the blame for its products. “

Last year, Coca-Cola came under fire for donating $ 1.5 million to a nutrition nonprofit, while denying its influence on the organization’s inner workings. Emails revealed that Coca Cola had helped choose group leaders, changed its mission statement, and suggested articles and videos for its website.

Coca-Cola has pledged to increase its transparency on research partnerships in the future.

The Sugar Association – the modern name for the Sugar Research Foundation – issued the following statement in response to the new document:

“We recognize that the Sugar Research Foundation should have exercised greater transparency in all of its research activities, however, when the studies in question were published, funding disclosures and transparency standards were not the norm. they are today.

Beyond that, it is difficult for us to comment on events that would have happened 60 years ago and documents that we have never seen.

We question this author’s continued attempts to reframe historical events to conveniently align with the currently fashionable anti-sugar narrative, particularly when the last decades of research have concluded that sugar does not play a unique role. in heart disease.

Of most concern is the increasing use of newspaper headlines to trump quality scientific research – we are disappointed to see a journal of JAMA ‘s stature drawn into this trend.

The Sugar Association is always working to better understand the role of sugar and health, but we rely on quality science and facts to drive our claims. “

This article was originally published by Business Insider.