But the challenges facing the sugar crop do not end there. On the first day of the opening of the sugar crops, a fight ensued outside the ASR / BSI compound Vlademir Puck, the president of the Corozal Sugar Cane Producers Association, and disgruntled Corozal farmers reportedly surrendered in a physical altercation after an internal conflict arose. . Paul Lopez of News Five takes a closer look.

Monday, the first day of the sugar harvest, a fight broke out between the president of the association of sugar cane producers of Corozal and several farmers who say they have been wrongly expelled from the association. 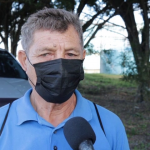 The internal feud escalated on Monday when the 34 farmers found out they were barred from delivering their sugarcane under their association’s trade deal with the mill. 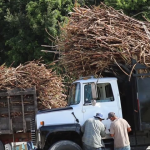 “The downside, as an individual, you have lost your premium. The fair trade premium is null and void for you. So let’s say you’re a big farmer and you need to get sixty bags of fertilizer, you won’t get it. If you were to get pesticides and herbicides, whatever, you wouldn’t get anything. So you are alone, because if you allow this to happen, God bless you because you will not get anything ”

ASR / BSI are singled out after the physical altercation. Marcos Osorio, president of the Sugar Industry Control Board, accuses BSI of falsifying the registration list. 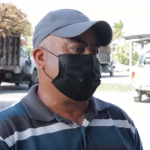 “I have to say this is a situation that happened yesterday. This situation has been around for some time now. We did our part at the level of the sugar cane production committee, where we planned that the thirty-four farmers will remain under the association of sugar cane producers of Corozal, since we were only start of the sugar season. We have sent the registration list to BSI because there is a process that is followed. We have sent the register to BSI BSI has no authority to make changes once the production committee has approved. I have emails here where there are instructions within BSI to place these 34 farmers as self-employed. And we have the emails, which seem to override the authority of the Sugar Cane Production Committee.

“The charge is that ASR / BSI took charge of removing these people from the list.” 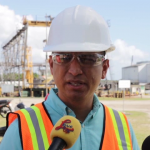 And, these thirty-four caneros have the support of their colleagues at BSCFA 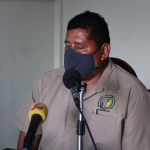 “We see the disadvantage that is on them and we will not step aside to say well let the lion eat them, because he will eat them today and tomorrow it will be us. So we are very clear on what we are doing. do not support any violence All we are looking for is for these farmers to have the same opportunity as any other five thousand farmers to deliver to this mill.

The fight, according to Corozal farmer Guillermo Chi, could have been avoided. Chi claims the altercation ensued when Vlademir Puck assaulted him.

“He came to me, he was crazy. He didn’t come with a good relationship, let’s talk and fix that. No he’s come, let’s say you’re out there and you don’t belong here. So where do I belong? I am from Guatemala or UK. I belong to Belize, I am Belizean. I served my country for twenty-eight long years in the military. 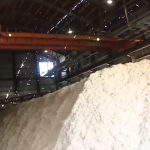 “He did. Because he pulled my shoulder and didn’t have to do that. He triggered it. 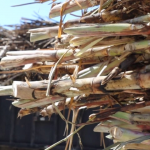 “I’m not going to stay, I still, it’s bloated right now, because I had an accident with my motorcycle and I’m just recovering right now.”

“Well, I’m upset and give ah a blessing because he shouldn’t have done that.” I had to bless him.

“And then others jumped.”

“Well, it’s a matter of what happened after word, but he shouldn’t have done that.” “

Several entities came out to condemn the acts of violence that followed on Monday. These include ASR / BSI, BSCFA, SICB and NTUCB. The Minister of Agriculture also condemned the violence. Report for News Five I’m Paul Lopez.

Food and drinks become sweeter. Even if it’s not just sugar, it’s bad for our health

Some things are wrong with the sugar company