The discovery of insulin 100 years ago opened a door that would lead to life and hope for millions of people with diabetes. Since then, insulin, produced in the pancreas, has been seen as the primary means of treating conditions characterized by high blood sugar (glucose), such as diabetes. Now Salk scientists have discovered a second molecule, produced in fatty tissue, which, like insulin, also powerfully and quickly regulates blood sugar. Their discovery could lead to the development of new therapies for the treatment of diabetes, and also lays the groundwork for promising new avenues in metabolism research.

“Finding a second hormone that suppresses lipolysis and lowers glucose is a scientific breakthrough,” says co-lead author and Professor Ronald Evans, March of Dimes Chair in Molecular and Developmental Biology. “We have identified a new player in the regulation of fat lipolysis that will help us understand how energy stores are managed in the body.”

When we eat, energy-rich fats and glucose enter the bloodstream. Insulin normally transports these nutrients to muscle cells and fatty tissue, where they are either used immediately or stored for later use. In people with insulin resistance, glucose is not effectively removed from the blood and higher lipolysis increases fat acid levels. These extra fatty acids speed up the production of glucose by the liver, worsening already high glucose levels. In addition, fatty acids build up in organs, exacerbating insulin resistance, hallmarks of diabetes and obesity. 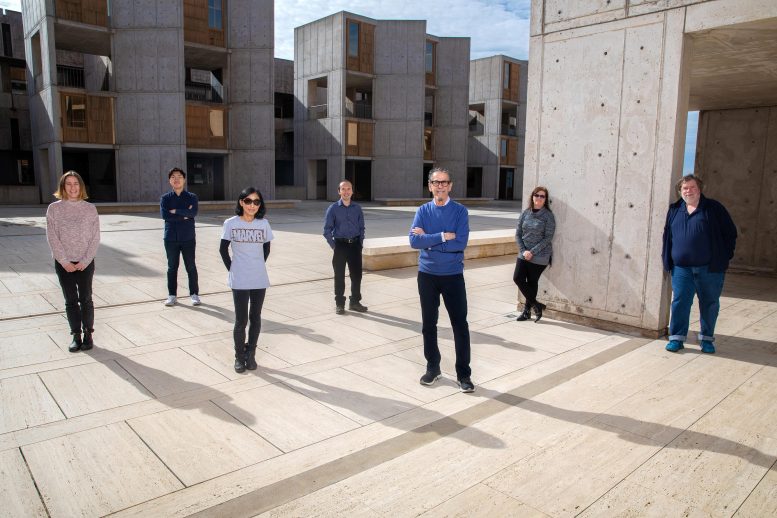 Previously, the laboratory had shown that injection of FGF1 significantly reduced blood sugar in mice and that chronic treatment with FGF1 relieved insulin resistance. But how it worked remained a mystery.

In the current work, the team investigated the mechanisms behind these phenomena and how they were related. First, they have shown that FGF1 suppresses lipolysis, as does insulin. Then they showed that FGF1 regulates the production of glucose in the liver, like insulin. These similarities led the group to question whether FGF1 and insulin use the same signaling (communication) pathways to regulate blood sugar.

It was already known that insulin suppresses lipolysis through PDE3B, an enzyme that initiates a signaling pathway. So the team tested a full line of similar enzymes, with PDE3B at the top of their list. They were surprised to find that FGF1 uses a different pathway, PDE4.

“This mechanism is essentially a second loop, with all the advantages of a parallel path. In insulin resistance, insulin signaling is impaired. However, with a different signaling cascade, if one doesn’t work, the other can. That way, you always have control of lipolysis and blood sugar regulation, ”says lead author Gencer Sancar, postdoctoral researcher at the Evans lab.

The discovery of the PDE4 pathway opens up new opportunities for drug discovery and basic research focused on hyperglycemia (hyperglycemia) and insulin resistance. Scientists are eager to investigate the possibility of modifying FGF1 to improve PDE4 activity. Another channel targets multiple points in the signaling channel before PDE4 is activated.

“The unique ability of FGF1 to induce a sustained drop in glucose in insulin-resistant diabetic mice is a promising therapeutic route for diabetic patients. We hope that understanding this path will lead to better treatments for diabetic patients, ”said co-lead author Michael Downes, principal investigator at the Evans Laboratory. “Now that we have a new path, we can understand its role in energy homeostasis in the body and how to manipulate it.”

The research was supported by the National Institutes of Health, the Nomis Foundation, the March of Dimes, the Deutsche Forschungsgemeinschaft (DFG), the Netherlands Organization for Scientific Research, the European Foundation for the Study of Diabetes and the Foundation Swiss National Science Foundation.